In the Beginning Was the “Concept” 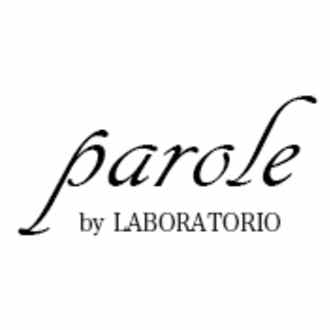 Q:
The G-code seminar was held last Saturday and Sunday. As we did previously, lectures were given on-line. I saw the participants listening to the lecturers enthusiastically through the monitor, and knew that they earnestly tried to grasp the essence of the lectures.
Having reviewed the contents of the lectures through trial and error up until the night before the event, we managed to be prepared for the seminar. I would like to thank you and the other staff members for being able to conduct very meaningful lectures during the two days.

In this situation, the encounter between Greek mythology and A Record of Ancient Matters is a rare event where the notions of god in Westen culture and in Shintoism meet and reach an agreement. This agreement will give rise to the possibility that humans will find a new path to advancement and initiate a new world. Furthermore, by spreading consciousness to the universe beyond the traditional contradictory framework of the two opposite polarities of the West and the East, we can find the answer to the question of “What is life?” from a new perspective. We are already at a stage where we must prove the structure and function of life based on the concept of Futomani, the principle of wisdom of life expressed as a rule of language.

However, it is difficult to immediately obtain a sense of how the universe is structured. Because humans have been trapped in the consciousness of the solar system since the dawn of history, we are still at a turning point within its boundaries. It is initially difficult to realistically feel a domain that has never been experienced. We need to be prepared for the transition.

Therefore, it is very important to have a concept of the galactic universe in advance. In the G-code seminar, it was very meaningful when Mr. Ono gave an easy-to-understand presentation of an overview of the seminar. We may be able to experience an expansion of consciousness that we are not familiar with, as long as we have a concept of it in advance.

The crucial key to easily entering the consciousness of the Galaxy is to master Chinkon. It is a process where you can jump out into the universe and come back to yourself at the same time instantly. In other words, by staring at one point, you are able to draw the universe back to yourself, but only as much as you have expanded it.

While there is a magnificent story extending from the source of Futomani to the vast universe, it is significant that the myths that existed before the birth of the universe remain in Japan and Greece. We need to examine these two myths again from the perspective of science and learning we have arrived at.

In A Record of Ancient Matters, the stories of the gods, starting from Amatsukami, gods of heaven, are described as human stories. It can be said that space creation was made into a myth so that humans can understand it easily. Therefore, we are interpreting concepts of various phenomena on the basis of space creation. In the future, this will happen in every aspect of human society.

The food codes, ethics codes and language codes presented in this lecture are just a part of that. It is important to have a deep understanding of each of these when entering a new civilization. I hope you will continue to further your learning with a determined mind to live through these codes.

Kenji Nanasawa
Born in Kofu, Yamanashi Prefecture in 1947. After graduating from Waseda University, he completed a Doctoral Program in the Graduate School of Letters at Taisho University. He developed an information processing system based on knowledge modeling of traditional medicine and philosophies and is a researcher of religious studies. He is involved in developing a next-generation system for digitizing language energies. Mr. Nanasawa re-established the Shirakawa Gakkan as a research institute for the study of the court rituals and ceremonies carried out by the Shirakawa family of Kyoto, a noble family that oversaw the Jingi, an office for religious rituals, for 800 years from the mid- Heian period to the end of the Tokugawa shogunate. He currently serves as the representative director of Shirakawa Gakkan and CEO of the Nanasawa Institute, among other positions.

He has written and served as the editorial supervisor for a number of books, among them Why Do Things Go Well with Japanese? Knowledge Modeling Inherent in Japanese Language and Culture (Naze nihonjin wa umakuikunoka? Nihongo to nihon bunka ni naizai sareta chishiki moshikika gijutsu) (Bungeisha). Also, he is the supervising editor of Three Works on the Study of Hebrew from a Shinto Perspective (Shinto kara mita heburai kenkyu sanbusho) (by Koji Ogasawara), and co-author with Koji Ogasawara of Princess Otohime of the Dragon Palace and Urashima Taro (Ryugu no Otohime to Urashima Taro).

Every morning, Kenji Nanasawa, Representative Director of Laboratorio Co., Ltd., gives a lecture to group companies and members of Shirakawa Gakkan, a general incorporated association he serves as representative director, primarily by answering questions from staff. Please enjoy the summaries of the lectures, titled “Hafurimeku”.